The strongest primary beam in the range is the MkII Soldier, with a safe working load (SWL) bending of 38 kNm, making it ideal for falsework table use.

Using MkII Soldiers, very large flying and rolling tables can be created without the need for splicing, as all the MkII Soldiers can be joined end to end.

The lighter aluminium T225 DU-AL aluminium beam, with a SWL bending of 29 kNm, can be used when loading is less onerous and falsework structures require stripping and re-erecting.

Both DU-AL aluminium secondary beams are supplied with a timber insert for suitable nailing of plywood.

Timber wailings can also be clamped safely to MkII Soldiers, giving further choice in the selection of secondary beams to suit site requirements. 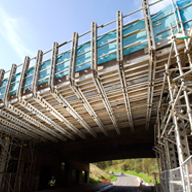 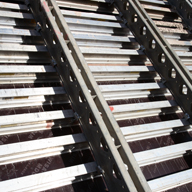